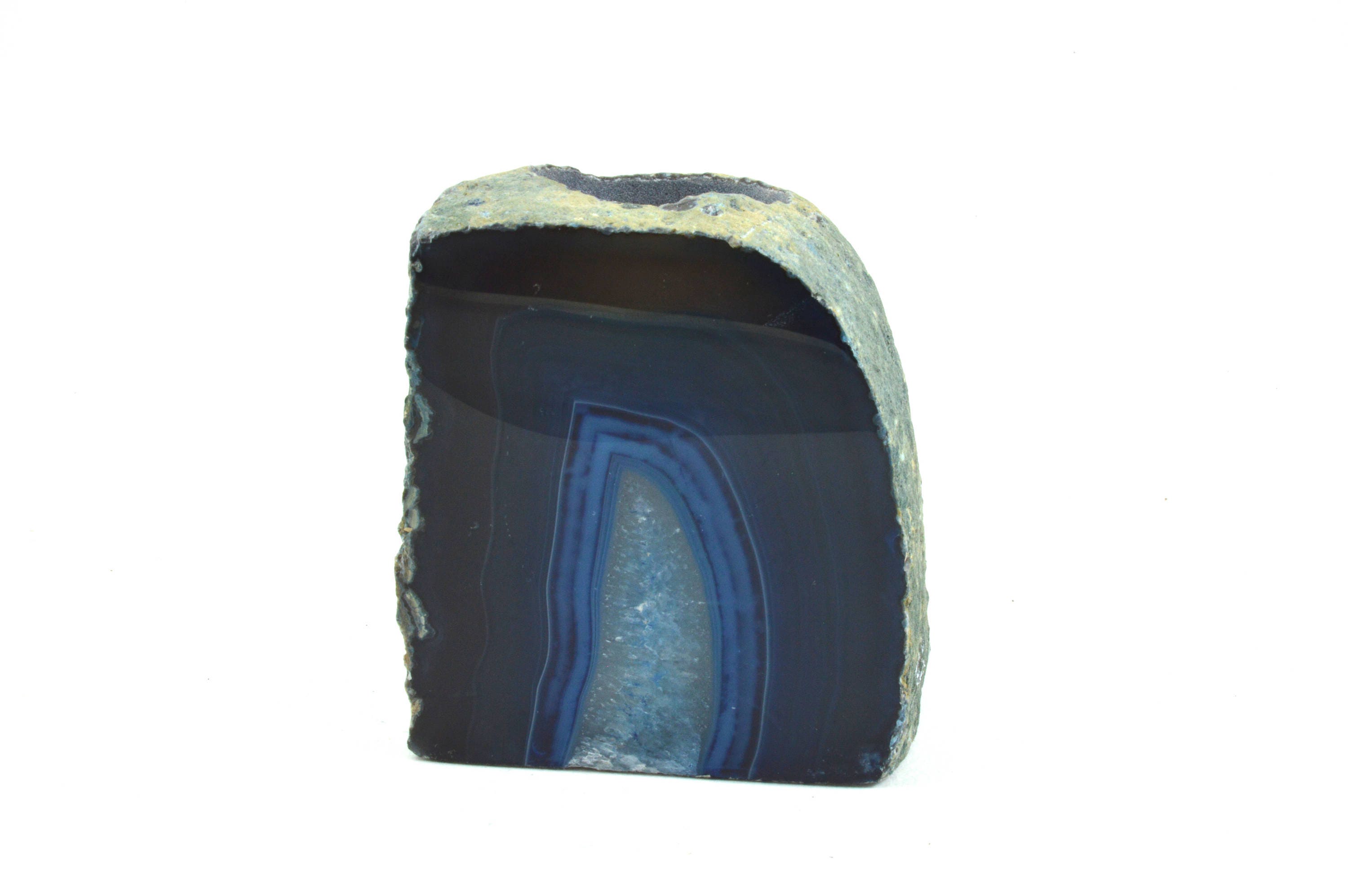 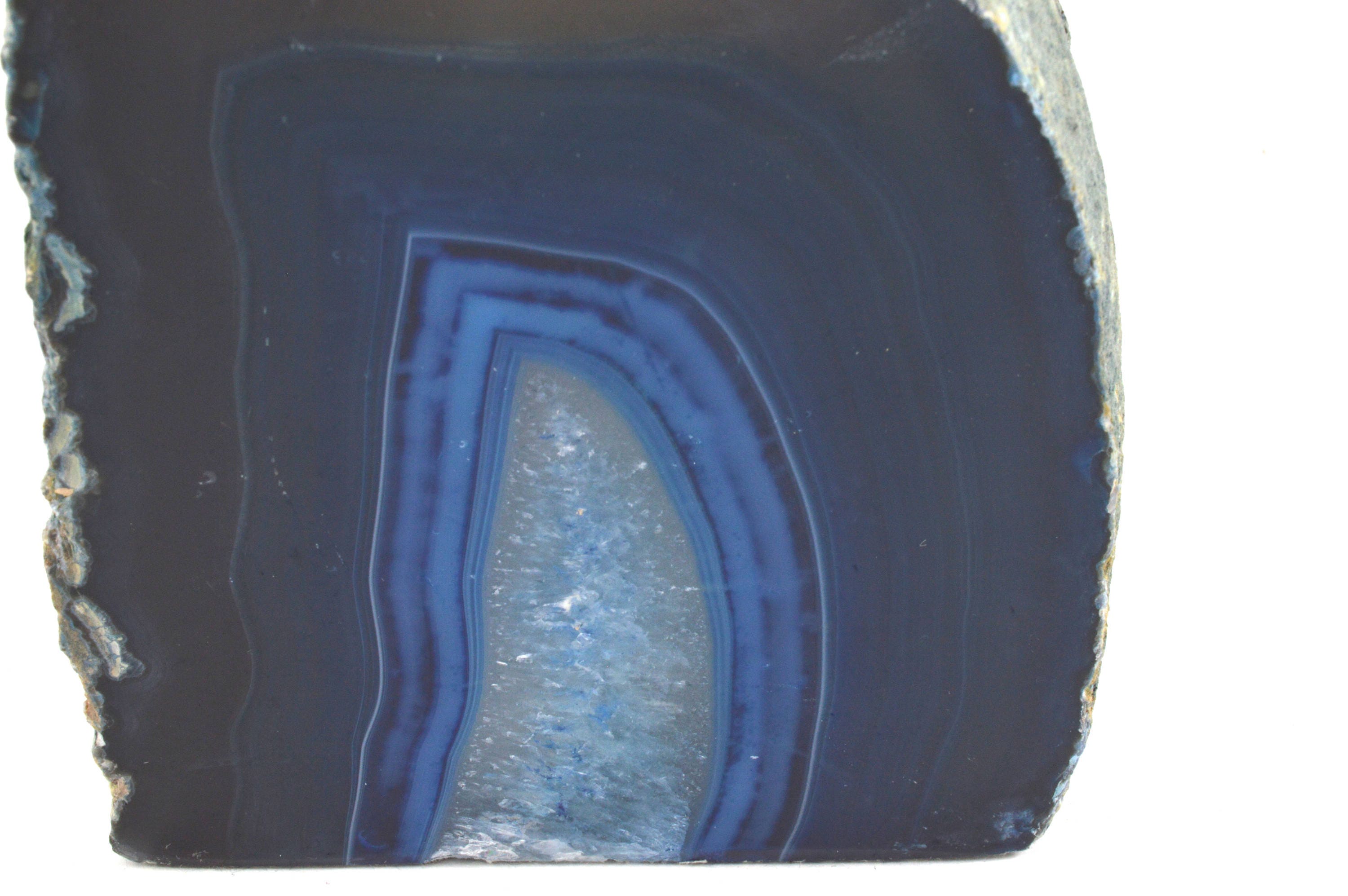 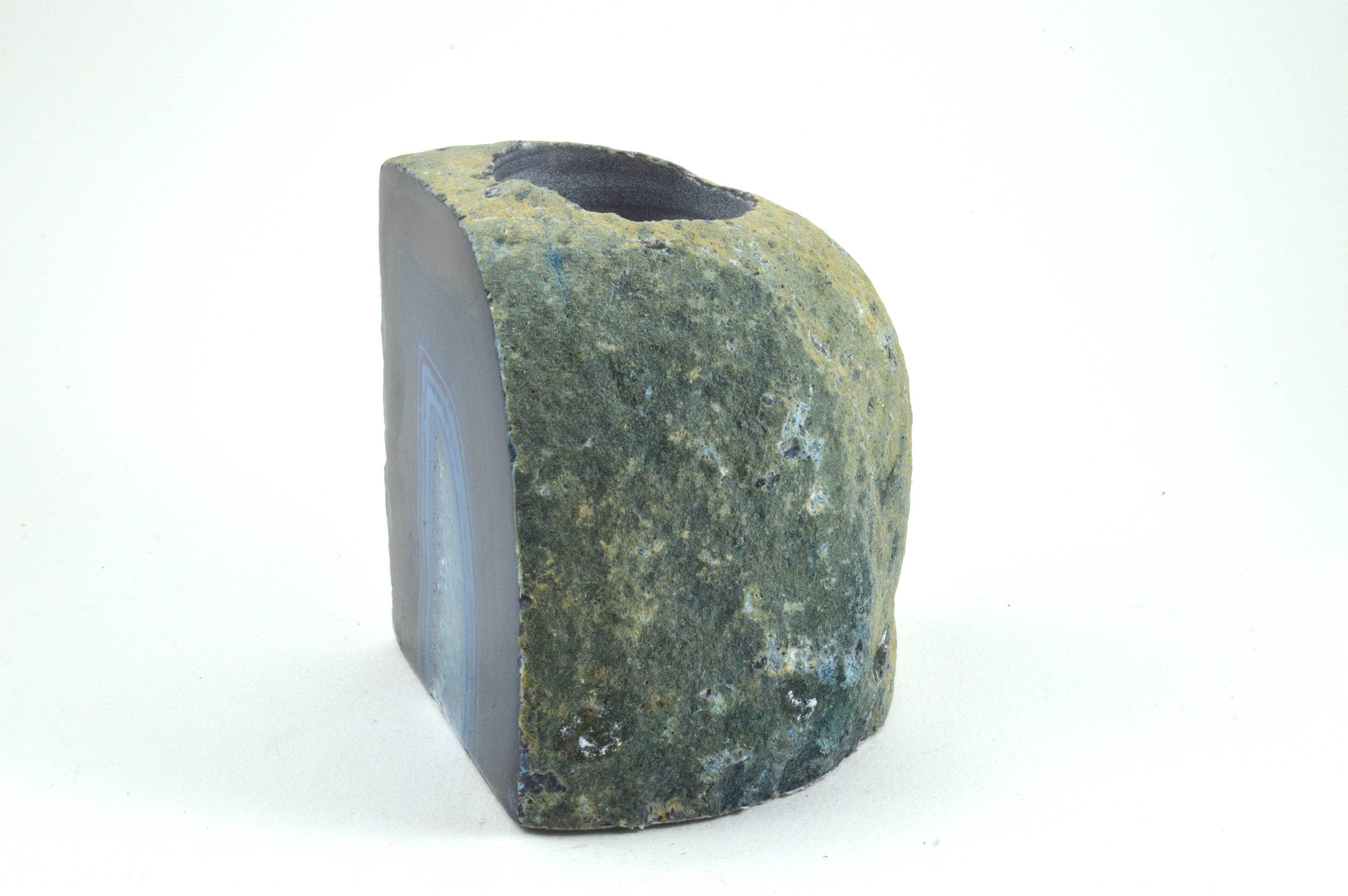 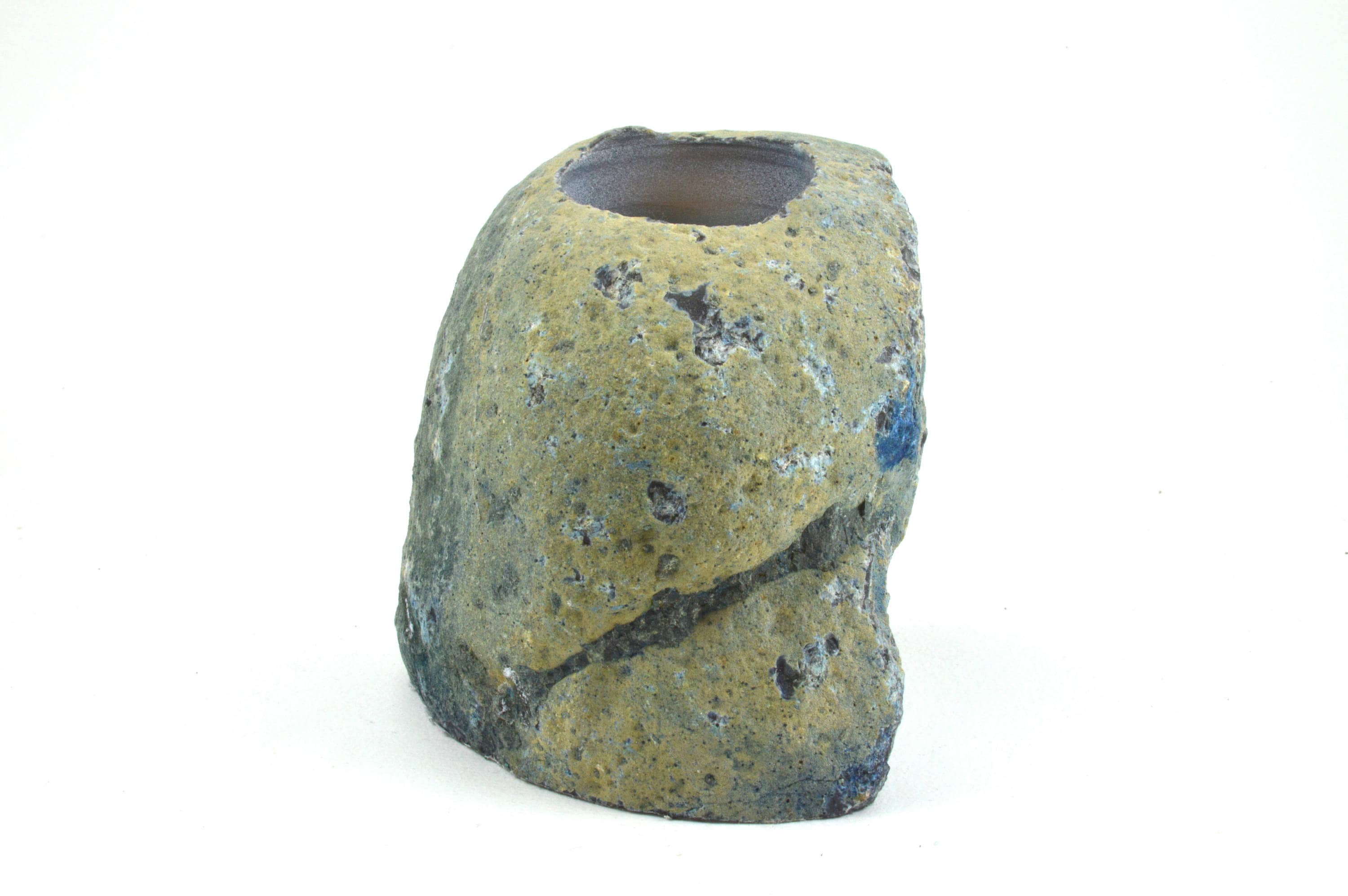 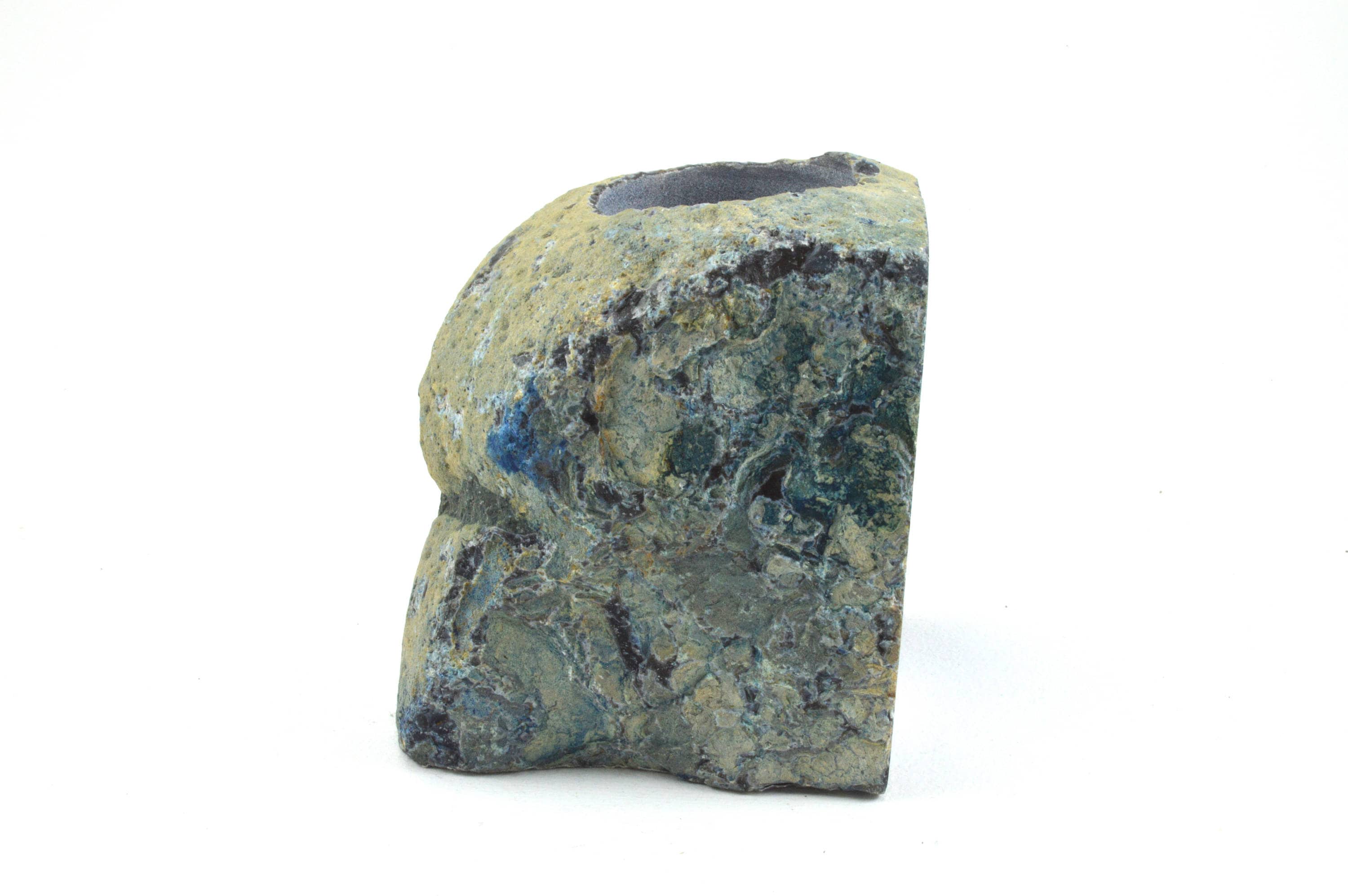 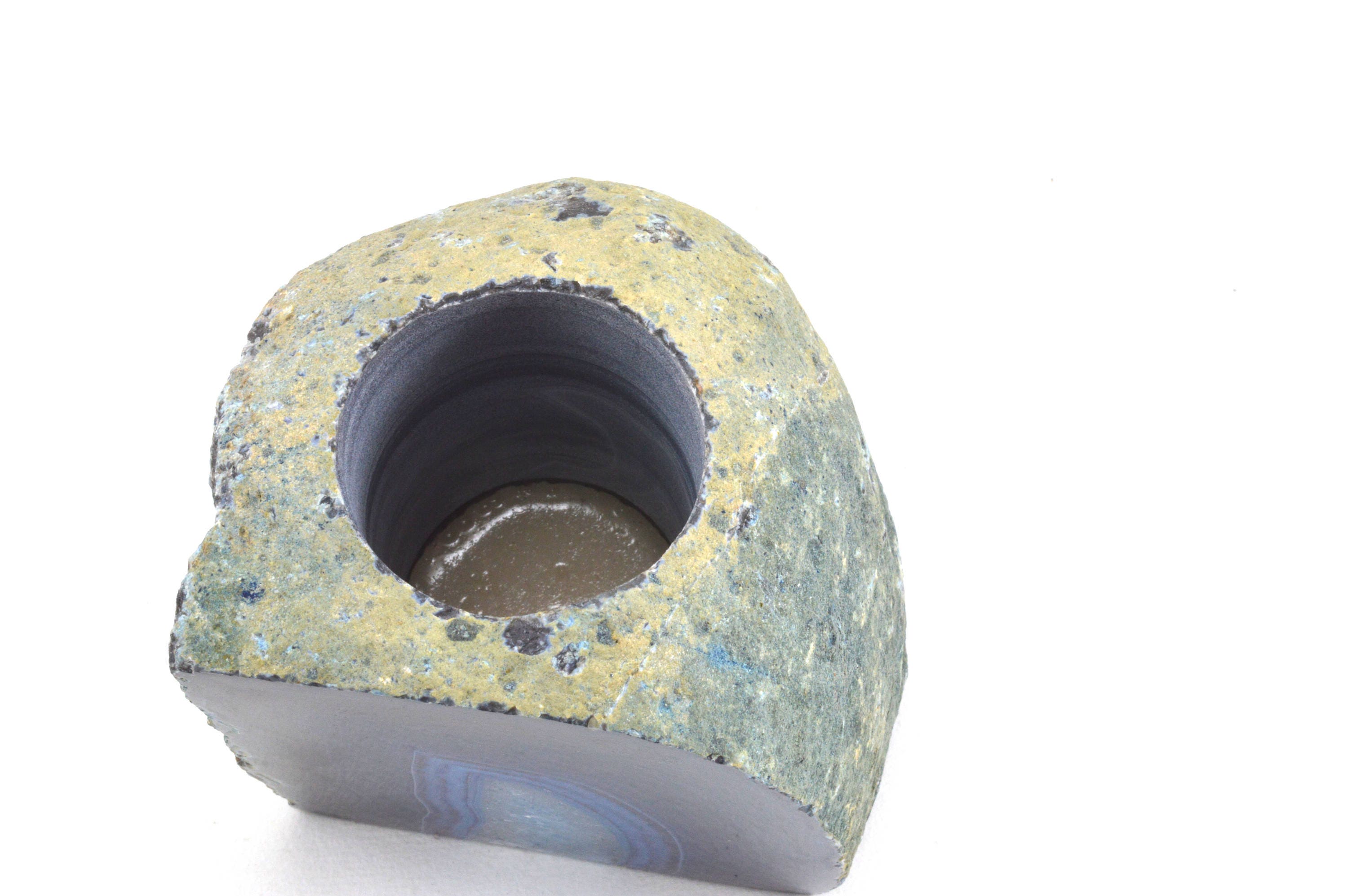 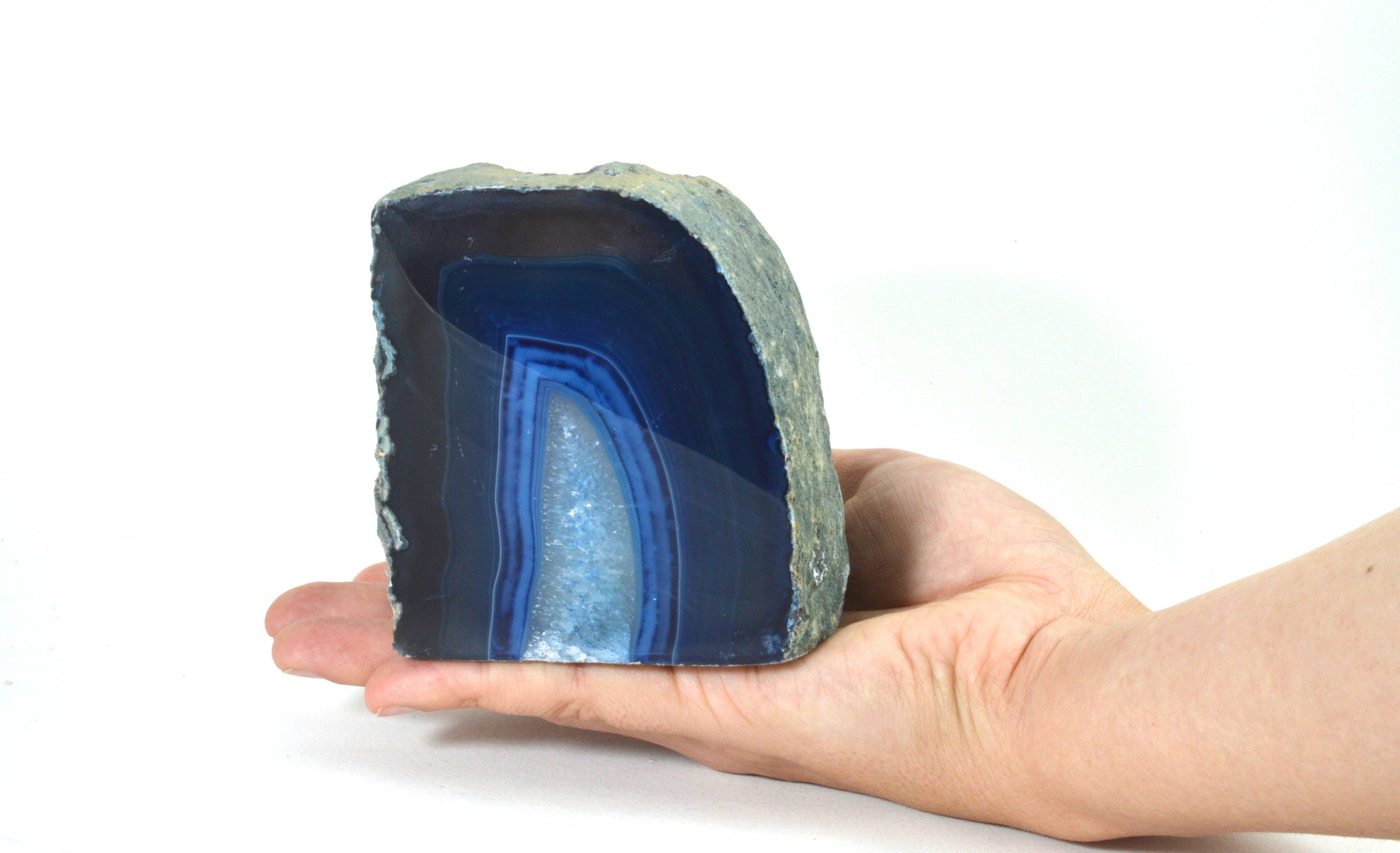 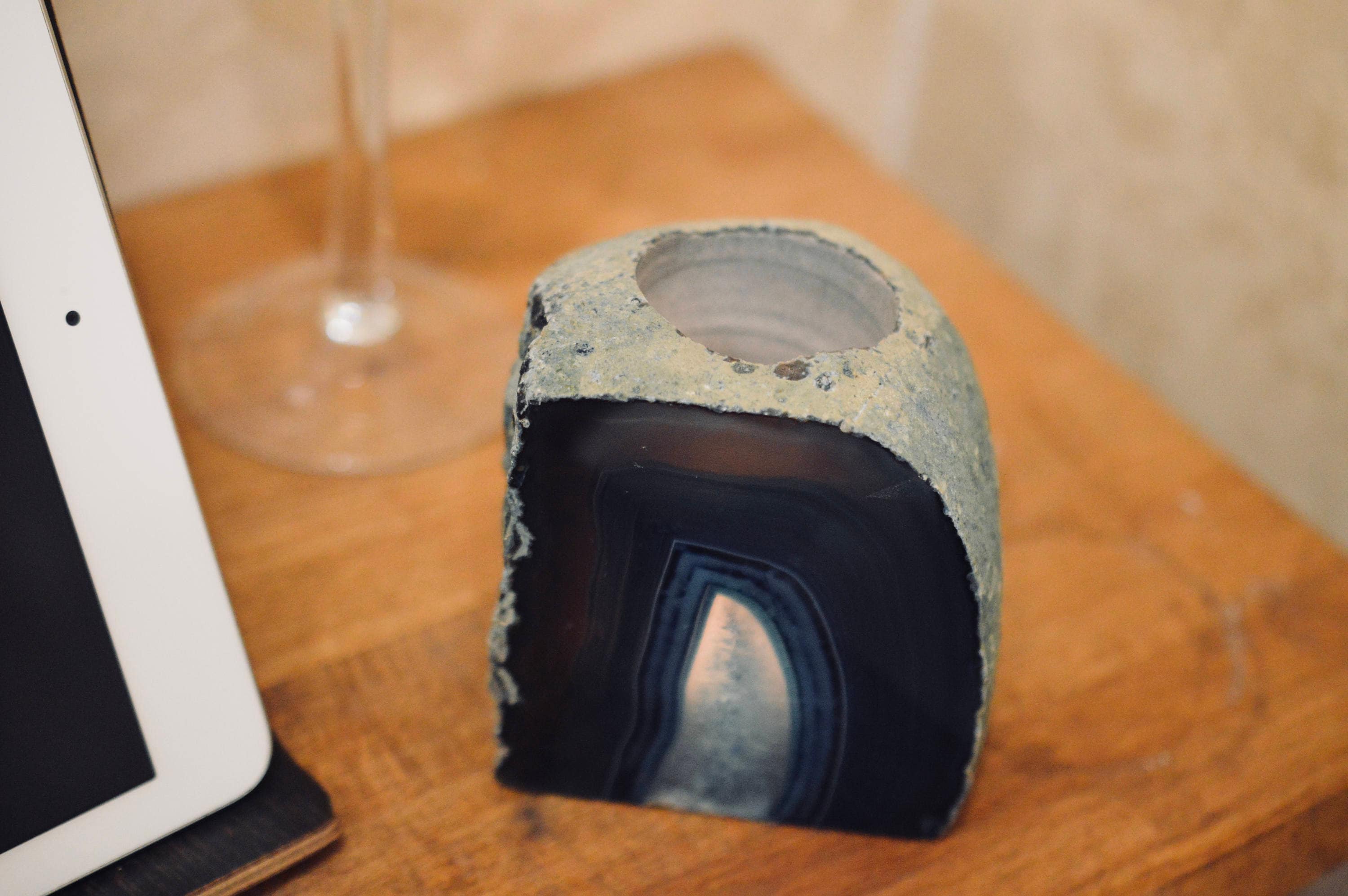 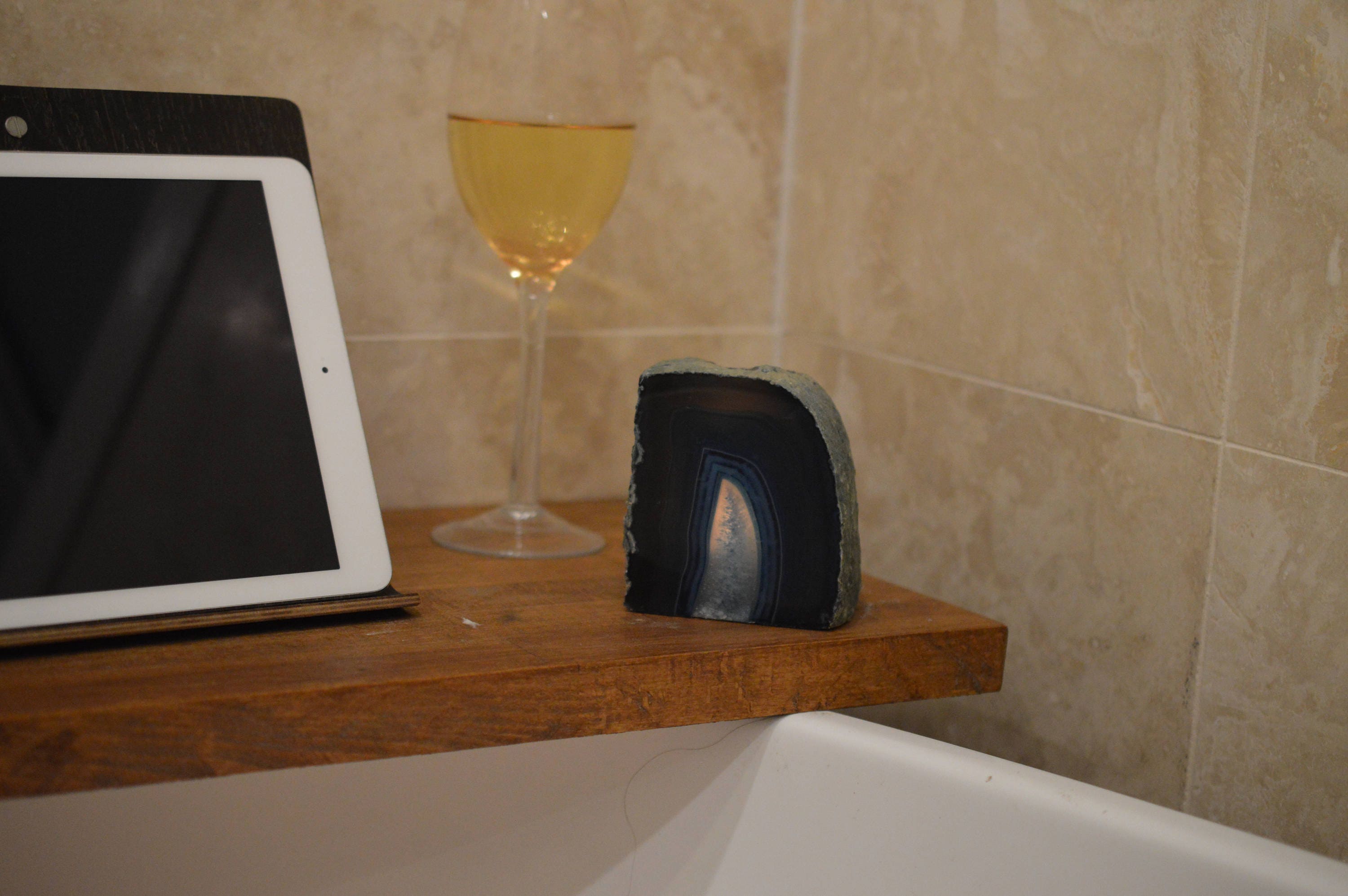 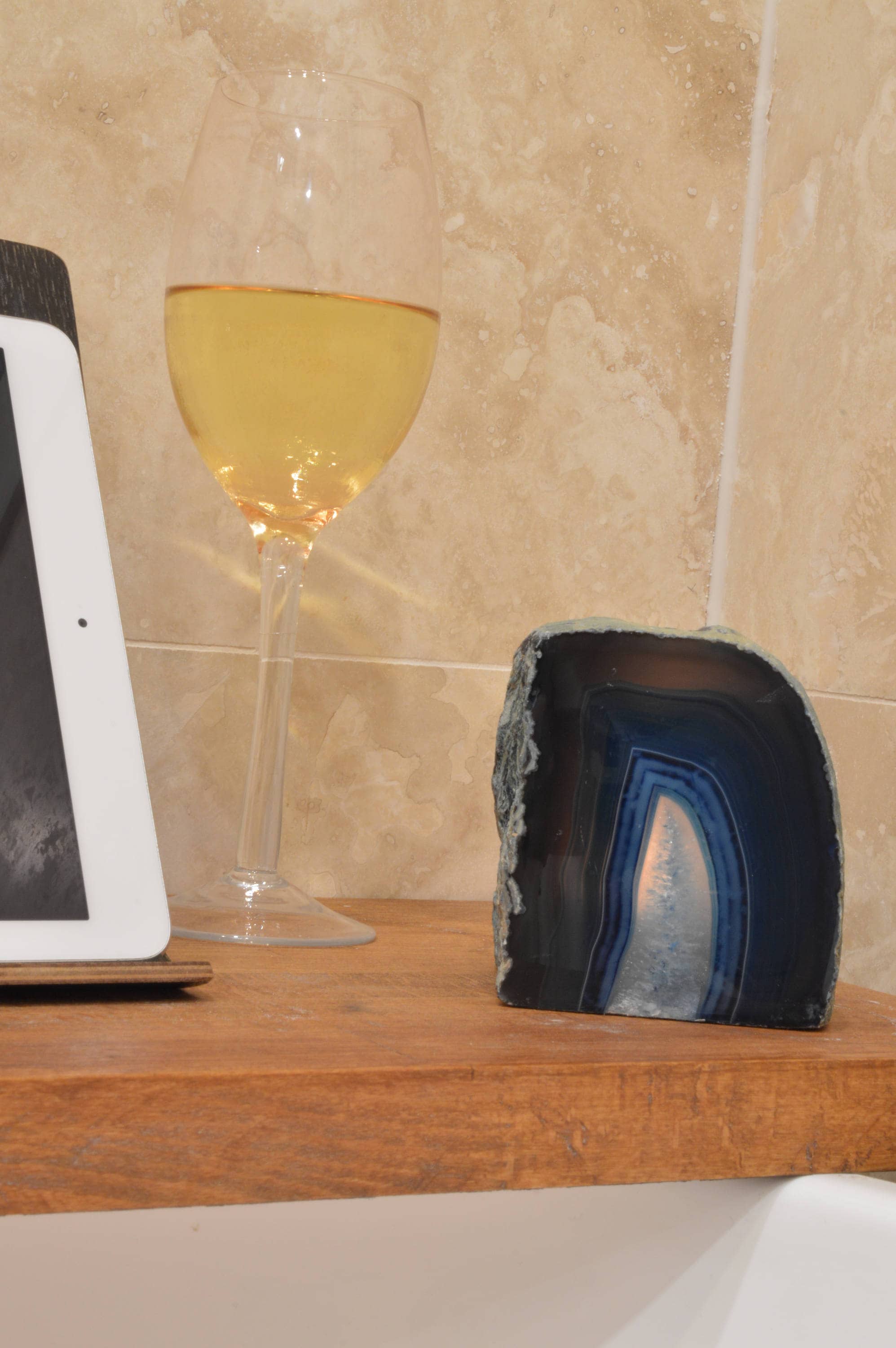 This crystal tea light candle holder is beautiful pieces to add to anyone's collection! Made from a piece of agate it features a dyed agate blue colour scheme.

What dose agate do?
Keywords: Protection, Strength, Harmony
Agate's most noticeable propertiesoverall are balancing yin/yang energy, courage, protection, healing, and calming. Historically it was placed in water for cooking or drinking to dispel sickness. TheMetaphysical and Healing Properties Lore of any specific type of agate depend to some extent on the color of the agate, but all agates have certain things in common.

Agate is a stone of strength. It was used by the Ancients on the breastplates of armor to give warriors strength and make them victorious in battle. Energetically, it is considered to give strength in both battle and physically.

Agate enhances creativity and strengthens the intellect, making it a beneficial stone for both students and artists. It is also known as a good luck stone. As a stone of harmony, one of the things agate does is balance yin/yang energy. Agate increases energy. However, because it is a grounding stone, it does not increase energy at all times, but rather enables bursts of energy as needed. In this way, agate is a conservation stone, and enhances longevity.

Your item will be shipped within 1 to 3 working days and will require a signature on delivery if your purchase is $300 or over unless requested otherwise. All items sent are trackable and tracking information is available upon request. The standard shipping will get your item or items to you within 6 to 11 working days and the upgraded express post option delivers in 2 to 5 working days.

Please shop with confidence and always read the item description underneath the item image as well as looking through all photos of items . If you are unhappy for any reason please contact me within 5 days of receiving your order and return the item. You must contact me before sending back the item. Please email or message me within this time period and I will issue a refund minus shipping (and minus the refund fee etsy charges if item is not being returned because of damage: $5 AUD) once I have received the item. I'm happy to do a item swop for all returns. This option avoids any cancellation fees, you will also not be changed for posting out your new item if postage is the same cost of your original item. All items must be returned in the same type of postage and packaging e.g box, envelope and registered post that it was originally sent in. If this condition is not followed I reserve the right to reject/refuse the refund if the item is damage because of inappropriate package.  All custom made orders are final.

If you are pleased with your order, and service, I would greatly appreciate if you can leave me five stars. If you have any issues with your order please contact me so I can work with you. I will correct any issues if contacted. The best way is through etsy convo or email

0 items in your cart